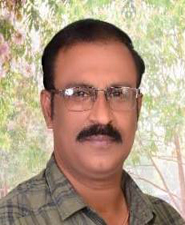 This is a NAAC accredited Grade ‘A’ college. The Institute attempts to integrate class room learning with actual work experience in Industry or in the concerned professional field into a single educational process. One of the Important goals of the institute is to ensure that the integral process established for a student, the meaningfulness of what he studies, in this institute through appropriate experience while on this job.

Sri Yerramilli Narayanamurthy college was established in the year 1949 in Narsapur Town of west Godavari on the banks of river Godavari.It attained the status of the full fledged college in 1956 and has been elevated to Post-Graduate level in the year 1989-90.The entire college is affiliated to Andhra University, Visakhapatnam and is spread over 14 Acres. It has an excellent accommodation with impressive infrastructure.Such as Administrative, Post Graduate,Physical and Biological Science blocks, permanent class rooms, spacious Auditorium, Library buildings for UG and PG, Gymnasium, Seminar Hall,Computer Labs for Both UG and PG etc..

During the year 2000, this college has celebrated its Golden Jubilee celebrations with Pomp and Pageantry.

Late Sri Yerramilli Narayana Murthy Panthulu garu, an eminent lawyer and philanthropist and other elders of the town entertained the idea of starting a college at Narsapur and took a decision in the meeting presided over by Sri GM Gupta, the then president of Narsapur Panchayat. Due to their indefatigable efforts the college was startred in June 1949 with Sri Yerramilli Narayana Murthy gary as its founder Secretary. The College was named as “Narsapur College”. It was temporarily located in the premises of local Taylor High School. The College started functioning during the academic year 1949-50 as an Intermediate College with traditional courses in humanities and sciences. The College underwent teething troubles due to financial contstraints and lack of infrastructure.

By 1956 due to the untiring efforts of the Founder Secretary and Sri Grandhi Venkata Reddy Naidu, Former Law Minister, the Government of Andhra Pradesh issued GO Ms No.2341 Revenue Department dated 22.10.1955 alienating an extent of Acre 12.3 of site along with the then Sub Collector’s bungalow (Dutch Building) to the College. The College gratefully acknowledges the untiring efforts of late Sri Grandhi Venkata Reddy Naidu, who was instrumental in College getting the site.

Just as from a tiny sprout emerges a gigantic banyan tree, the college from a humble size of secondary college has grown to huge structure of an institution offering nine P.G.Courses of study in addition o Degree and pre-Degree courses with a multitude of subject combinations and is recognized by U.G.C as a lead college in the Andhra University area. The college in 1967 was named after its founder as “Sri Yerramilli Narayanamurthy College” popularly known as “Sri Y.N.College”.

The Alumni of the college comprises people from all walks of life IAS Officers, Eminent Doctors, Judges, Lawyers,Software-Engineers, Scientists what not including popular Thespians and Matinee idols of the silver screen. 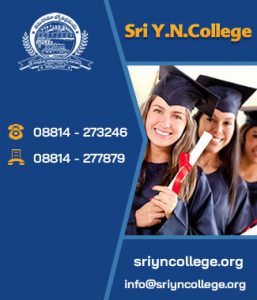